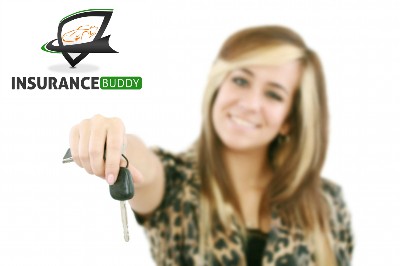 Ahhh jargon. As with any industry, the world of insurance is chock full of vocabulary that is often incomprehensible to someone not in the field. And sometimes in insurance, terms used are fairly straightforward, but contain industry specific nuances. In this post let’s touch on a very common phrase used in car insurance and one that we often get questions about – occasional driver.

In Ontario, anyone that is living in your home that has a driver’s license is added to your car insurance policy as an occasional driver, regardless of whether they have their own car and insurance coverage. If you don’t want them on your policy as an occasional driver, you would have to exclude them with driver endorsement form 28A. With this endorsement, the individual in question would not be insured if they ended up using the car.

How insurance rates are set

Insurance rates are based on the primary driver’s record of course, but the occasional driver’s record will factor in too. It is for this reason that many use the exclusion option to remove someone who does not use the vehicle.

In some cases, such as in families with teenagers getting behind the wheel, listing the young driver as the occasional driver can help him or her in the long run. He or she can start to build up insurance history, without paying the high premiums they would face if insuring a car on their own. (For more on young drivers, check out How to Get the Best Car Insurance Rates as a Young Driver and How to Get Cheap Car Insurance for Your Teenager).

However, as with all things insurance, it is paramount that the listing of an occasional driver is accurate. Attempting to get lower rates by providing untruthful information, such as by saying that a teenager is an occasional driver when he or she is in actual fact the principal driver, can come back to bite you. It is not worth the risk of being denied coverage to save a few bucks on insurance.

Sometimes, it is not totally straightforward understanding who should be included on a policy as an occasional driver and who should not. When in doubt, get in touch with your insurance broker or company to discuss the specifics of your situation. It is crucial that your insurance provider know who is driving your car so that they can ensure that you have adequate coverage and that you are getting the best insurance rates possible.

The insurance industry has a language of its own and uses many terms and expressions that can be confusing or unclear, especially to the layperson. Or they often have a deeper meaning than the simple words used, such as this post’s look at occasional driver which, as we learned, means a bit more in insurance than someone who drives sometimes. For this reason we have on our site a full glossary of insurance terms, as well as blog posts that specifically define different jargon. It’s very important to understand the terms used in your insurance policies. If you’re unsure, be sure to discuss with your broker or provider!

And if we have not yet had the pleasure to call you our client, feel free to contact an insurance professional from our team for any assistance or guidance – we’re here to help!